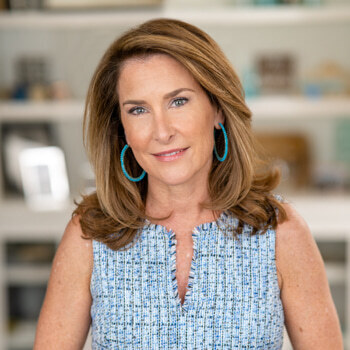 Kathleen Wilks, formerly of Wydler Brothers/Compass, joined Washington Fine Properties to become the Chief Marketing Officer. In her role at WFP, she is responsible for the development, execution and outcomes of the organization’s strategic branding, marketing and public relations initiatives. She will join our Management Team to provide visionary leadership to the brokerage.

While at Wydler Brothers, Kathleen was responsible for developing and implementing a major rebranding effort, including a new advertising campaign, website launch, collateral, direct marketing, social media, events, and PR. She was Wydler Brothers when they broke off from Long & Foster to become their own independent brokerage, and was directly involved in all aspects of setting up and running the new brokerage. Shortly thereafter, Wilks was named President and CMO, the position she served in until the acquisition by Compass.

Prior to joining Wydler Brothers in 2014, Kathleen spent most of her career running Rosenthal Partners , a local advertising firm, as SVP and Director of Account Management. Her accounts included a division of Marriott, Sigma Tau Pharmaceuticals and CoStar. With a degree in Marketing from Georgetown University, Kathleen also had a brief stint at CNN. She has lived in the DC metro area for more than 30 years, and now resides in Chevy Chase, MD with her husband and three children. She also sits on the Board of A Wider Circle.