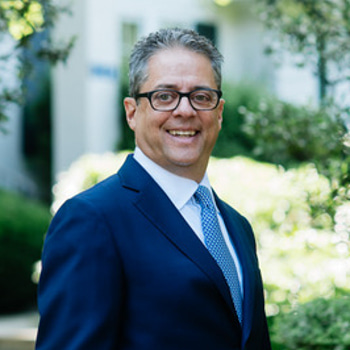 PROFESSIONAL EXPERIENCE:
Ned is a fifth-generation Washingtonian. He graduated from Lehigh University with a B.A. in History in 1985 and soon thereafter chose real estate as his profession. After nine years in sales, Ned began managing real estate offices in 1996 at W.C. & A.N. Miller. He later created and successfully operated Greenway Lending and Mortgage Company.

In 2001 Ned joined Long & Foster Real Estate, and for 13 years he managed nearly 500 agents in the Potomac Village, Bethesda Gateway, and Kentland offices. Ned joined McEnearney Associates in 2014 as Executive Vice President and Managing Broker of Washington, D.C., tasked with the opportunity to expand McEnearney’s footprint and reach in D.C. In a similar fashion, as Compass was embarking on their expansion efforts in 2017, Ned was recruited to Compass as Senior Managing Director of the Washington, D.C., Metro Area. Ned joined Washington Fine Properties in 2019.

By summer you might find Ned on his boat in the Chesapeake, and in winter you will find him on the slopes skiing.